Finishing the ‘conference circuit’ made headway for City Blocks to begin moving towards the next iteration, in the form of City Blocks 2. This was created, with support from Arup, to enable community input to local development opportunities as part of a consultation process.

The changes to the tech will be explained in detail in a further blog post, but the key difference is that the platform is now scenario-driven and generates the space in real-time and in parallel with designer changes. As the designer moves a Lego brick, the city updates simultaneously.

As before, colours are contextualised to be parks, high rise apartments, business districts etc, and users are able to explore the generated space in Virtual Reality at their leisure. The scenario is based around the Clifton Suspension Bridge and City Blocks 2 provided some great digital views of the space. 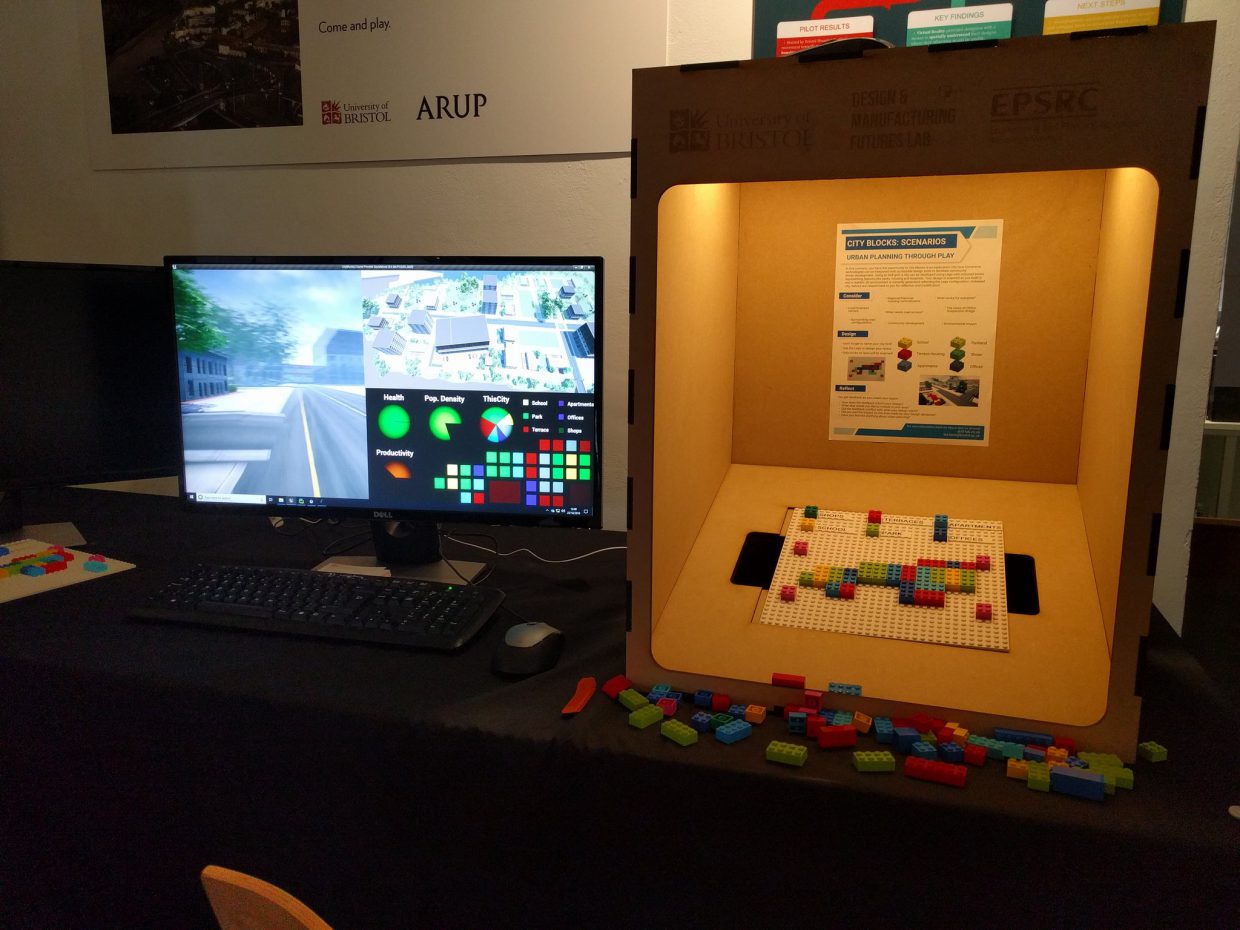